Posted on March 16, 2013 by americanalliance

Our enemies lay false trails of information, of knowledge, so that we will follow that information to false conclusions and disadvantaged conditions and not to correct conclusions and advantageous conditions that would manifestly cause the interruption and destruction of our enemies plans by the virtue of the fact that revelation of the truth in matters of great consequence in our present times and the times that have passed leads straight to the curtain of those very same enemies, enemies that have continuously meddled with our being and bodies for as far back in time as can be peered.

We cannot tell why they do what they do in terms of inner motivation. Is it riches? Is it power? These things are motivators from the ego of someone (or some-thing?) but for those in existence with the faculty of intellectual dissertation, it would seem that money and power would have no value or meaning if in acquiring and maintaining them, it is required to eliminate or live without all of the things that would seem to be motivators for wealth and power in the first place.

In other words power over people is in some sense a quest to be recognized by them; for consider this: if power over people means control of people, enslavement of people; then more power means removal of their life for the reason that the slave is a threat to the master because the slave wants freedom, and in order to obtain that from a tyrant, the tyrant must be killed.

The reason that slaves are kept alive by the tyrant when they could as easily be killed is that they are witness to the tyrant’s grandeur. The tyrant does not want to kill these witnesses. The tyrant wants to kill all those who do not acquiesce to the supremacy of the tyrant imagined by its ego.

–It is all to satisfy emotional deficits, at base, rooted in fear. It is insecurity, the emotion opposite security. So, “security measures” are used to enforce, reinforce, or force feelings of security by seeking to control the outer world instead of taming the inner one. Even though our enemies are sick, it does not mean they can be rehabilitated, for they have manifested the pathology consistently for thousands of years–

The lengths that our enemies have been willing to go to satiate their lust for power, luxury, security and validation seem to far surpass the lengths that those that are not part of their group have been willing to go. Whereas there have been kings, emperors, chieftains and conquerors throughout “gentile” histories, they have typically sought the acquisition of wealth and power in an above-board fashion to achieve an above-board supremacy or security.

In other words, their religions, their aims, their battles are all known and not hidden and typically when a certain amount of energy has been expended in conquest the “gentile” forces settle down to an equilibrium of power among the assaulters and defenders. Their battles among one-another have been, in a sense respective to the approach of our enemy, battles of honor. It takes a certain level of honesty to fight your own battles and to allow the enemy to know that one is coming, sword drawn. In the weary twilight of bloodshed and war, respect for the grit of the defenders is acknowledged and life in conquering and non-conquering territories settles into a habituated equilibrium where people make lives and homes from the figurative and literal rubble. This tendency to settle into habit and complacency after expending oneself in conquest and defense is not present in our enemies. They burn and plot and scheme and angle for their next nearest opportunity to overthrow some habituated balance-of-power not under their complete control so that they can reign, once again, in secrecy.

The catch in all this is that the remaining world has been quite willing to allow these beings to exist as an independent nation state. All evidence, however, indicates that they do not wish to exist independently but would rather insinuate themselves among those that are not their kind so they can meddle with their autonomous desires and continue to hold them down as slaves of mind and body; if not nominal slaves, slaves in fact.

Among the groups not of their kind they most seek to subversively dominate is the white race – because the white race is the most well-endowed race in terms of its greater capacity for economic productivity from which flows luxury. They also seek to dominate the white because of its inherent ability to overcome their tyranny through intelligent thought, will, and action if not kept in continual check. The keystone to tyranny of all peoples is tyranny over the capable white race. 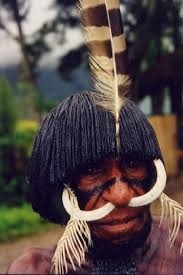 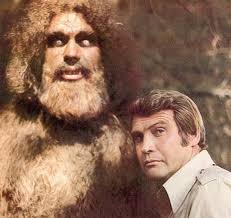 The continual meddling of the cabal – the means to the end which we cannot fathom- is the cause of the deranged condition of the world we see today, where simple and profound truths are kept from the visage of the great masses of people.

The means to the end and the end itself are of course unacceptable – without qualification.

I would advise that the means to the end of any endeavor indicates the end of the endeavor, as no one engages in any activity so as to not achieve something from it.

There is some contentment or gratification not being realized by our enemies in the absence of exercising force to obtain it. If our enemies are not content to live independently amongst themselves with their own religion, society and culture, then the motive must not lie in the attainment of those ends; glimpses of it must lie on the plane that reaches though our people, our nations and our lands. In other words, meddling with us is completely part of the ultimate goal they have in mind, because if it weren’t they would actually separate themselves and not pretend to desire to attain the goal of separation while actually doing the complete opposite.

When our enemies meddle with true information and knowledge, they are not wielding some physical weaponry that would seem to be the method to attain domination over some subject groups; they are wielding weaponry of the mind. They confuse, neutralize and subjugate their victims to their will through deceit and trickery, and for those of us that can see it; we bear witness that it is an extremely effective weapon, for with it they can actually get those who are not their kind to kill themselves instead of they themselves, whom are the ultimate perpetuators of injustice.

The tactic of our enemies is to sow lies and confusion to in turn reap conflict and strife so that they can remain aloof, and continually above, the fray of conflict and struggle; so that we are kept under control by them to be herded into the destiny they have in mind for us and not some destiny that we, independently, have in mind for ourselves.

Granted, our enemies have meddled so intensively and extensively with our daily and historical narrative by which we place ourselves in existence – in religion and spirituality, in policy and politics, in cultural and societal mores and customs – it behooves us to ground ourselves in the truths we know and hold fast to them, inviolably, so that there is ground to stand on in the battle for our lives.

This must come from the perspective that this imperative is absolutely necessary, because it will be acknowledged we will not improve nor survive if we do not adhere to some successful way to manage being manipulated until the time when we are able to liberate ourselves from the tyranny our enemies have over our minds by virtue of having been unified and organized around the practical principles of knowledge and understanding that provide enough ground to stand on and defend peoples mentality in the psychological battlefield of the mind. We can sort philosophy and religion properly at the time when those who wage battle with false knowledge, ideas, and ideals with surreptitious mendacity in the domain of thought are no longer able to do so.

I would argue that, if we are discussing things in terms of how practical they are – that is that the shortest distance between two points is a straight line – and that the one practical goal is to attain for ourselves independence from mental manipulation by our enemies so that we can control our own destiny, then I would argue that we should exercise the dictates of the imperative in strategy, tactic and approach that exercised in tackling challenges that form obstacles to our goal.

Just as one will expend the least energy and trouble in getting to a point one mile away by bearing straight at it using the shortest possible route and not going all away around the world to reach it, one should also consider the energy that must be expended to achieve all of the subsidiary, undergirding challenges that must be accomplished in order to achieve our one, single overriding goal, independence from our suppressors.

In most practical terms this means that we will not attempt to reinvent the wheel if we have something that will roll. Also, it is not necessary to build a perfect organism as a somewhat blocky boulder will roll down the hill – it needn’t be a perfect sphere. Those areas, however, that comprise the core of the motivations for our endeavor must be solidified. Those ideas and notions that have always been and are now susceptible to meddling must be made steady, strong and sure so that they become impenetrable to infiltration and subversion, and thus continued manipulation and domination.

I am interested in America. The land, the people. There is a MAJOR disconnect between the American nation and the so-called "elite."
View all posts by americanalliance →
This entry was posted in Uncategorized. Bookmark the permalink.